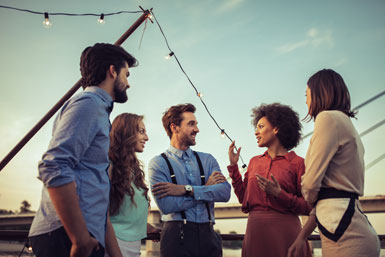 – It has been 25 years since the first banner ad hit the internet. Yet, while the web has changed nearly every other aspect of our society, the way companies advertise online is still stuck in the stone age.In fact, if you asked the average consumer to recall a banner ad from the last website they visited, don’t expect much. Why? Banner ads are notoriously tuned out by consumers because they don’t engage their attention and emotions.In addition, it’s much easier now for consumers to avoid these ads with blockers and DVRs.What does capture consumers’ attention? A good story.And savvy marketers are exploring new ways to use storytelling to attract and hold consumers’ interest and influence their behavior.This is more than a hunch. Science supports the power of emotions and stories to engage an audience.With this in mind, Pressboard, an online content marketing platform, believes that stories are the most powerful way for brands to communicate with consumers.When an individual hears, reads, or views a story, for example, it prompts an emotional connection. The brain releases oxytocin, the "feel-good" hormone associated with, among other things, sex and childbirth, that promotes a feeling of bonding and connection. Psychological research suggests that stories can influence an individual’s actions and inspire them to make choices and change a behavior in response to a story.Underscoring this concept, Pressboard launched an experimental website, titled iwantmorecats.com, that offered users the chance to see pictures and videos of cats instead of banner ads. Not surprisingly, it proved popular, according to Pressboard CEO and co-founder Jerrid Grimm."Our not-so-secret goal is to help all companies market themselves through stories and in doing so, slowly rid the world of banner ads," says Grimm in an interview with Adweek."People just don’t like ads, not advertisers, not publishers and definitely not consumers," he notes.Meaningful content beats banner ads for communicating with consumers, according to Pressboard.To this end, companies such as Pressboard provide a platform to link brands with media publishers and track what stories resonate.Some tips for smart storytelling include:* Engaging emotions with a personal story, such as a triumph over adversity;* Developing a relationship with your audience by highlighting real people in your content, whether that’s employees or customers;* Using visuals that support the story and catch the reader’s eye;* Allowing yourself to be vulnerable and open with your audience, making your brand more relatable;* Influencing public opinion of your brand by sharing the story on social media where discussion can happen.In the end, changing behavior is the Holy Grail for marketers; but equally important is the ability to forge emotional connections with readers.In this way, marketing companies can create a connection with their audience and turn them from interested parties to lifelong customers, in a way that no banner ad can match.For more information about harnessing the power of stories to make a brand memorable, visit pressboardmedia.com.

Read More:  Can’t lose belly fat? This trainer says your hormones could be to blame

How This Startup Will Kill The Banner Ad was posted at Copyright Free Content. | http://www.copyrightfreecontent.com