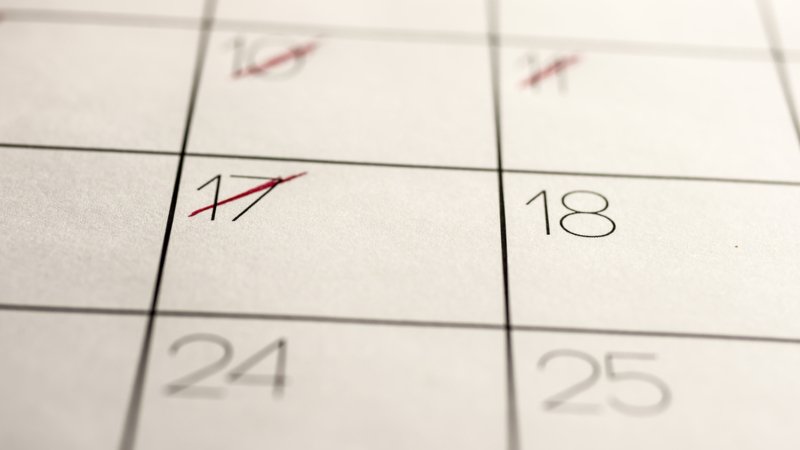 How long does it take to form a new habit? or how long does it take to stop a bad habit? This is the question you’re likely asking if you want to ditch a bad habit or pick up a new one. The truth is it can vary and there are plenty of factors that come into play. For my anxiety for example, it took about 3 months to ease when I started practising more healthy mental habits.

That’s not to say that it will take you that long but I think 2-3 months is a good time frame to be mindful of.

The short answer is, it takes 20 days to 2 months onwards to form a solid, life changing habit.

Dr Moltz was a plastic surgeon back in the 1950’s who would observe his patients recovery time. He started noticing that after about 3 weeks, patients would start to get used to their new look, whether that was a nose job or jaw work or whatever else.

The problem with the notion of it takes 21 days to form a habit is that it was based on Dr Moltz’s own opinion and there was little fact to back it up. Needless to say, this time frame caught on.

The idea that it only takes 21 days to form a new habit is attractive. 3 weeks to form a solid, life changing habit? Sure, it doesn’t seem like a huge amount of time to most people, and most would agree that they could stick to doing something for 3 weeks.

So has this 21 days to form a habit theory got any proof?

Well, science says no. No it does not…

In a study performed by 98 people at the University of London, participants were asked to choose a habit that they wished to start that they already didn’t do on a daily basis. For example, eat a piece of fruit a day. The group could log their progress on a website provided for them for the duration of the experiment so researchers could monitor their habits.

Read More:  How often can u take blood pressure

The findings were interesting to say the least, but not surprising.

I say not surprising because each of these participants were totally different people. They each had different levels of ambition, motivation and reason to form a new habit. The idea that 21 days to form a new habit is a one sizes fits all makes it attractive and achievable and yet this time frame might not be enough for you personally to achieve you habit goal.

Perhaps many of the individuals involved in the 84 day experiment already knew about the idea that it takes only 21 days to form a new habit? If that was the case, these individuals would start to feel like their efforts were worthless once they’d hit day 21 and still found themselves forcing the new habit.

So, How Long Does It Actually Take To Form A New Habit That Lasts Over Time?

Well, in this study, the data indicated that on average it took at least 20 days to 66 days, or, 2 months for a habit to become a natural performance. Some participants found that their new activity took 20 days, 30 days or more. It also found that some habits being forced would take hundreds of days to become natural for the individual trying them.

If this seems disheartening to you, think of it like this – 3 weeks isn’t a lot of time. Sure, some people might be able to kick a habit or for a new habit in 21 days but that other person might be in a totally different place mentally.

It comes down to 3 simple yet complex reasons;

Why Is It So Hard To Form A New Habit?

Why is it so hard to form a new habit? Well, how motivated are you? Motivation is something many people want more of and yet they’re not sure how to get it. How motivated are you to go to the gym 3-4 days a week? If you don’t have a strong enough reason WHY then you’ll likely fall flat on your face.

For example, every January flocks of people make their way to the gym because they have made a new years resolution to lose weight. By mid February, most people quit the gym. So why is this the case? Why was it so hard for them to stick to this new habit?

They had the motivation on December to start going to the gym but somewhere along the lines they lost it. Maybe they ‘were too busy’ or maybe they didn’t see the results they wanted fast enough. They did not have the motivation to persist until they did start seeing results.

Personally I think this attitude is a by-product of our modern life, but that deserves a whole article all in itself.

It’s how we persist that determines if we’ll be able to form a new habit for the long haul. I don’t know about you, but I have friends who started exercising out of nowhere. They complained for months they were tired and didn’t feel like they were making progress until one day they saw one of their abs in the mirror and instantly realized they were an Instagram model.

Right there in that moment…

Because they saw results, however small they were, they were then motivated to persist more and more. The results kept coming as they persisted and those results motivated them to keep going more and more. Essentially, once results were seen, they just kept going and going and couldn’t help but exercise and talk about it all. day. long.

The new habit became natural to them and the results gave them reason to keep going.

At the same time, if you don’t have a long term view of your future and how you want to be based on your new habit, you’ll likely crumble. Let’s imagine you want to stop smoking. You’re reasons are obvious – you want to maintain overall health and avoid disease.

This long term view of being a healthier you is your long term reason. Forming a new habit is close to forming a new lifestyle. Your new habit is natural and doesn’t need to be a forced action. As well as being a stress reliever, smokers also sometimes find it hard to let go of the physical action that goes with smoking.

This is the physical side of picking up a cigarette and raising it to you lips. Add this to the social side of smoking and that is a huge part of someone’s lifestyle to change. Your long term view of being smoke free should excite you and make you motivated. It should motivate you because you can see the long term benefits of it.

With everything I do now I think long term.

forming a habit should be like planting a seed in your mind that grows over time, there’s no point trying forming a short term habit – like doing a fad diet.

Persistence is key. If you don’t go to the gym for a week, don’t beat yourself up about it. Too often we think we have to be super strict on ourselves or we won’t be doing something properly. This strict attitude will only hinder our efforts in the long run especially if we’re not a strict person by nature in the first place.

You will only really know how many days it takes to build a habit when you do it yourself.

My Printable 21 day Anxiety Worksheet Journal is a great way to test if you can stick to a habit for a week. Each of the three weeks has a new habit to try with built in accountability for you to track your progress. This low-pressure way to account for a new habit will show you how you respond to forming a new habit;

If you believe in the work we are doing here at The Good Men Project and want to join our calls on a regular basis, please join us as a Premium Member, today.

All Premium Members get to view The Good Men Project with NO ADS.

Need more info? A complete list of benefits is here.