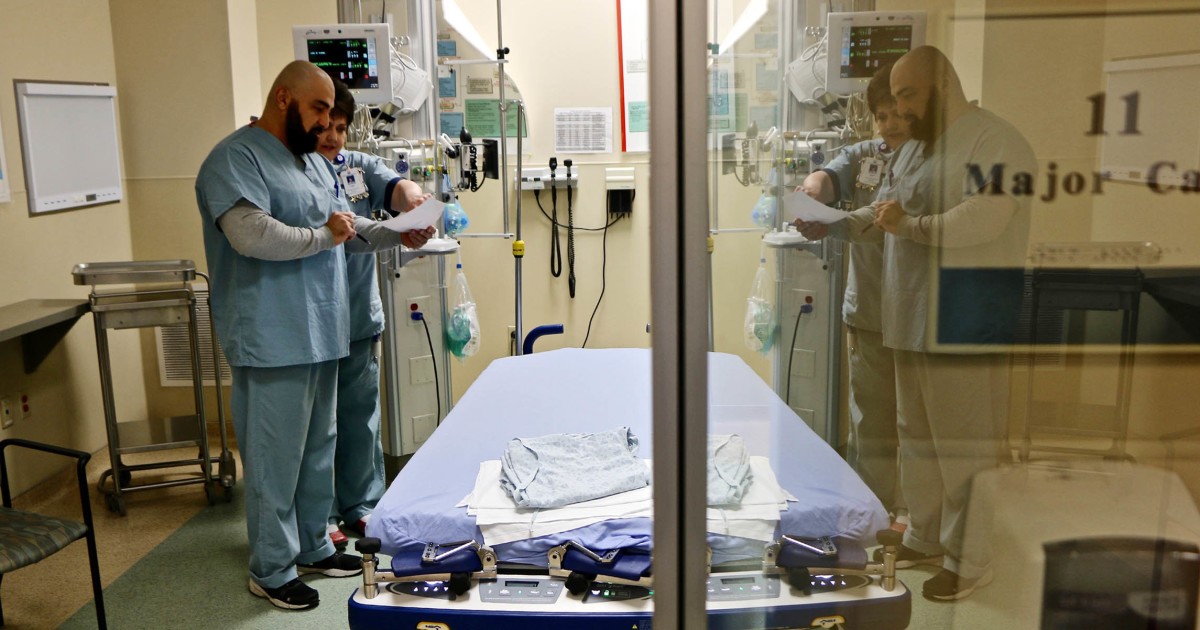 Hospitals warned Tuesday that their industry would suffer an $ 800 billion cut if Democrats succeed in massively expanding Medicare.

The American Hospital Association and the Federation of American Hospitals published a report concluding that allowing the public to buy in to Medicare plans at cost would not only contribute to massive budget cuts to hospitals nationwide but would also jeopardize patients’ access to care.

Democrats have several proposals for extending Medicare. The most aggressive option, the Medicare for All Act introduced last Congress by Sen. Bernie Sanders, I-Vt., would enroll everyone in an expanded government-financed healthcare plan. Another less ambitious proposal would turn Medicare into a public option, allowing others beside seniors to buy into it.

The hospitals are prepared to fight the measures.

“It is not practical to disrupt coverage provided through employer-sponsored plans that already cover more than 150 million Americans,” Tom Nickels, AHA executive vice president, said in a press release. “America’s hospitals and health systems remain committed to working together with policymakers to help expand coverage and reduce costs for all Americans. However, a ‘Medicare for All’ approach would impede, not advance, our shared goals.”

The FAH study specifically examines the Medicare-X Choice Act, a proposal brought forth by Sens. Michael Bennet, D-Colo., and Tim Kaine, D-Va. Medicare-X would permit all Americans to the option of buying a public plan, which would cost less than private insurance. This plan is less sweeping than a single-payer system as it fits into existing healthcare system and would not mandate that all Americans can only select a public plan.

Kaine and Bennet envisioned Medicare-X being phased in incrementally and gradually so that the plan could be rolled out smoothly and would not disturb the marketplace as drastically as a single-payer initiative would. Hospital systems and healthcare providers disagree that the plan would work without trouble and are prepared to fight it.

According to the FAH study, Medicare-X would exacerbate problems that hospitals already face. It says that public programs, Medicare included, consistently reimburse healthcare providers at much lower rates than the costs of the health services administered. A shift of millions to a public option, the report says, would destabilize insurance markets and compound hospital expenses.