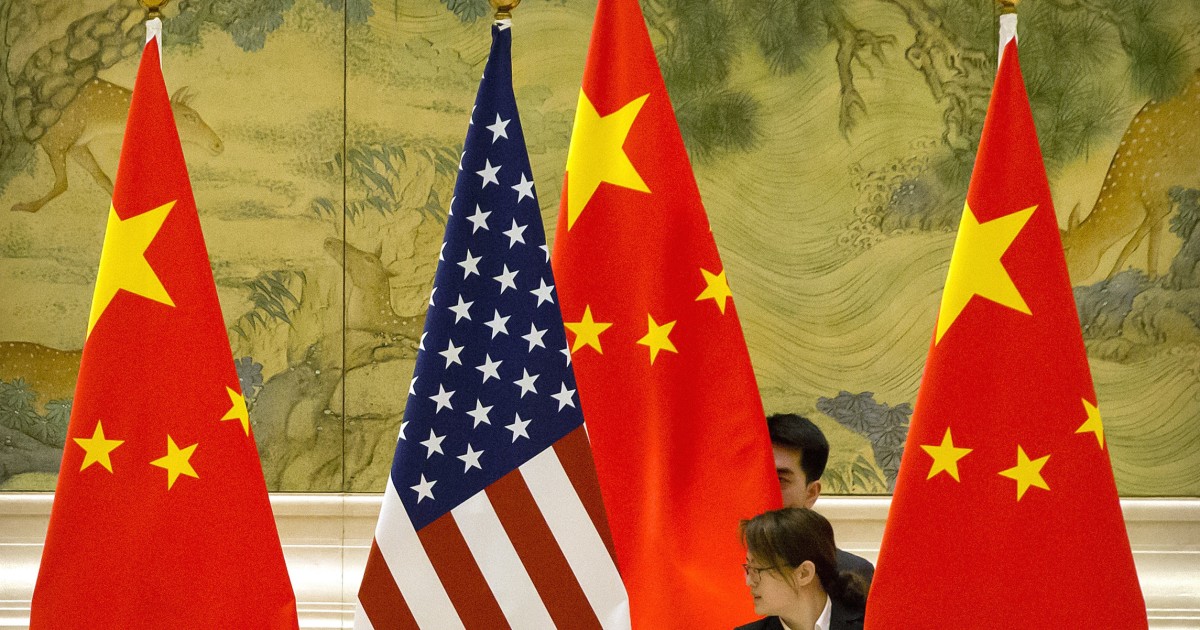 A Chinese-born husband and wife who became U.S. citizens have been sentenced in a conspiracy to steal sensitive medical research from Nationwide Children’s Hospital in Ohio while being financially supported by the Chinese government, with the couple pursuing the goal of selling the stolen secrets for a profit in China.

Yu Zhou, 51, and Li Chen, 47, of Dublin, Ohio, pleaded guilty to committing wire fraud and conspiring to steal at least five exosome-related trade secrets tied to the identification and treatment of a number of pediatric medical conditions while working at the elite Columbus hospital’s research institute, even as they were receiving benefits from the Chinese government, including China’s State Administration of Foreign Expert Affairs and the National Natural Science Foundation of China.

The Justice Department said that “the pair were also part of application processes tied to multiple Chinese government programs, including talent plans” that prosecutors described as “a method used by China to transfer foreign research and technology to the Chinese government.” The indictment details their efforts to join a Beijing Overseas Talent Plan.

Chen was sentenced to 30 months behind bars in February, while Zhou’s 33-month sentence was handed down Monday. They were originally arrested in California in July 2019.

“Yu Zhou sought to exploit U.S. taxpayer dollars intended to fund critical, life-saving research at Nationwide Children’s Hospital through the whole-sale theft of their trade secrets,” Assistant Attorney General John Demers, the head of the Justice Department’s National Security Division and its China Initiative, said in a Tuesday statement. “Zhou’s greed was encouraged and enabled by a series of Chinese Government programs which incentivize thievery in an attempt to supplement China’s own research and development goals on the back of American ingenuity and investment. This successful prosecution should serve as a warning to anyone who seeks to profit from pilfering hard-earned U.S. trade secrets.”

Demers said in December that more than 1,000 researchers tied to China’s military left the United States last year following a crackdown, and the U.S. has arrested and charged a host of researchers and scientists for concealing their China ties. The Justice Department said in November that in the past year, it had also brought fraud, false statements, tax, smuggling, and other charges against 10 academics working at U.S. research facilities.

The exosome research Zhou and Chen stole can be used to develop treatments for a variety of illnesses, including necrotizing enterocolitis (a condition found in premature babies), liver cancer, and liver fibrosis. The judgment in the U.S. District Court for the Southern District of Ohio noted the pair must also pay $ 2.6 million in restitution to Nationwide Children’s Hospital, and the Justice Department said that, as part of their sentence, the couple will “forfeit” $ 1.45 million, 400 shares of stock in GenExosome Technologies Incorporated (a company they set up), and a half-million shares of stock in Avalon GloboCare Corporation.

The Justice Department said Zhou and Chen “conspired to steal and then monetize one of the trade secrets by creating and selling exosome isolation kits.” The research conducted by Zhou at the Columbus hospital “included a novel isolation method in which exosomes could be isolated from samples as small as one drop of blood,” the DOJ said.

The DOJ’s sentencing memo against Zhou from early April read: “The Defendant stole sensitive, cutting-edge research that NCH took years to develop and extensive measures to keep secret. In doing so, he willingly took part in the Chinese Government’s long-term efforts to steal American intellectual property.” Prosecutors said Zhao focused his theft, in part, on a lab run by Dr. Gail Besner, the top researcher in the Center for Perinatal Research at the hospital’s research institute.

“As Dr. Besner’s lab came to develop this cutting-edge technology, Zhou and Chen then began to exploit the trust they built up with NCH,” the DOJ said. “In 2013, Dr. Besner’s lab used the preliminary data regarding the new isolation method as part of an NIH grant application. In 2014, that grant was funded. Zhou then went to work to take the method and try to make money from it.”

This included secretly forming an exosome company in China in 2015 and obtaining patents in China relating to the stolen technology in 2016.

Zhou and Chen worked in separate research labs at the research institute for a decade, and according to court filings, “All throughout this time, Zhou and Chen sought and received funds from the PRC Government related to the exosome technology developed at NCH. In doing so, they submitted detailed progress reports to PRC Government programs that described the same research they were conducting at NCH.”

CLICK HERE TO READ MORE FROM THE WASHINGTON EXAMINER

Zhou’s defense lawyer, Glenn Seiden, said Zhou’s “work ethic and dedication drove him to continue forward in his career, despite being chronically underpaid” and that “he is an individual who, but for the aberration of his convictions here, has led a commendable life.”

Vipal Patel, the acting U.S. attorney for the Southern District of Ohio, blasted him on Tuesday, saying, “Yu Zhou willingly took part in the Chinese Government’s long-term efforts to steal American intellectual property. Zhou and his wife executed a scheme over the course of several years to set up businesses in China, steal American research, and profit from doing so. The couple deserves the time it received in federal prison.”

Read More:  Why Feeling ‘At One’ With The World Will Help You Lead A Happier Life