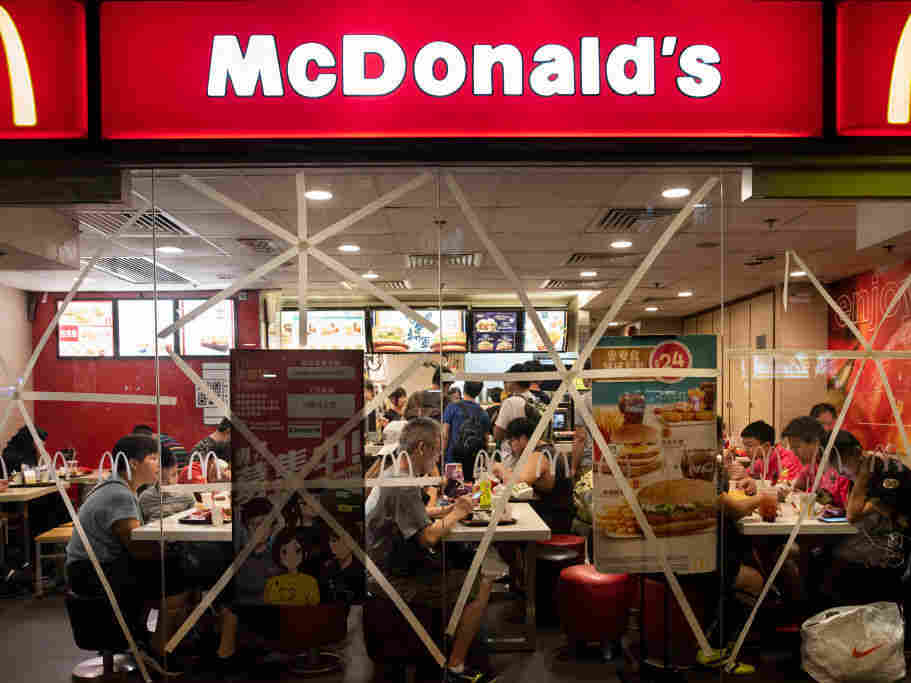 More kids are eating at fast-food chains like McDonald’s, according to a new study, but parents are buying the healthier side options only about half the time. Miguel Candela/SOPA Images/LightRocket via Getty Images hide caption 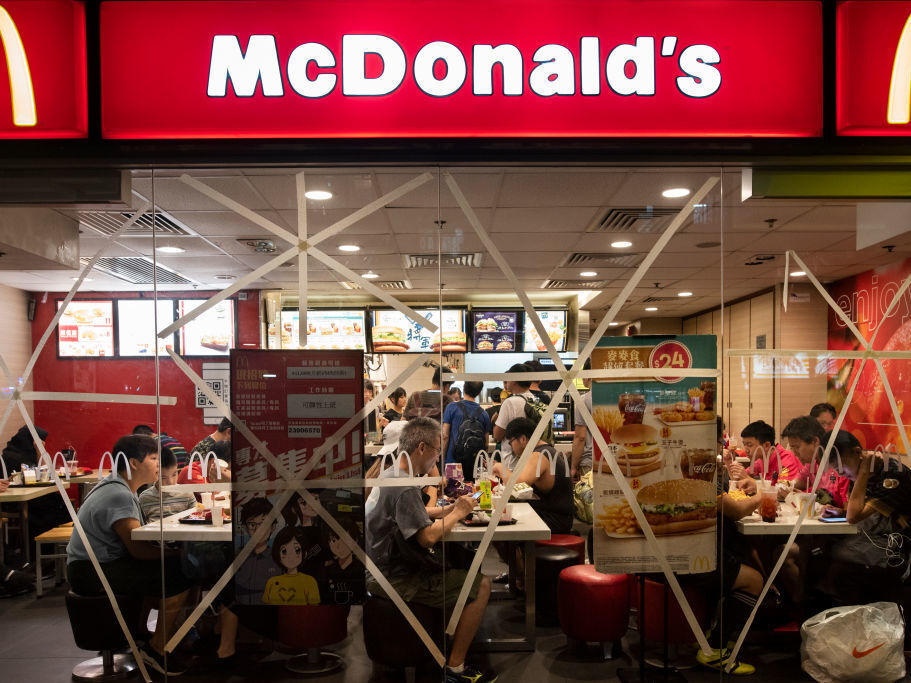 More kids are eating at fast-food chains like McDonald’s, according to a new study, but parents are buying the healthier side options only about half the time.

In the past few years, consumer advocacy groups have pressed restaurant chains to offer healthier kids’ meals and more nutritious side options like milk and fruit, and the restaurants have responded.

In 2013, McDonald’s pledged to remove all mentions and images of soda from Happy Meal menu boards, and shortly thereafter, other fast-food restaurants began to devise policies to introduce nutritious drink and side options beyond fries and dessert. McDonald’s, Burger King, Wendy’s and Subway — the four biggest fast-food chains — replaced soda on kids’ meal menus with low-fat milk, water and 100 percent juice, and McDonald’s and Subway promised to make fruit and vegetable sides available.

So have the voluntary pledges to make fast food healthier meant parents are purchasing more of the healthier food for their kids at the restaurants?

Not really, says a study released Thursday by the University of Connecticut’s Rudd Center for Food Policy and Obesity. And that may not be a good sign for children’s health.

The study documented about 800 parents’ purchases for their children at McDonald’s, Burger King, Wendy’s and Subway through online surveys conducted in 2010, 2013 and 2016.

Also, parents report buying fast food for their children more often. In fact, 91 percent of parents surveyed in 2016 said they had purchased a meal for their child at the four largest fast-food chains in the past week, compared with 79 percent in 2010.

“It appears that restaurants’ voluntary policies as currently implemented are unlikely to substantially reduce children’s fast-food consumption overall, or increase their consumption of healthy items,” the study says.

The report doesn’t really surprise researchers. Past studies conducted by Rudd have shown that fast-food restaurants are following their own voluntary pledges inconsistently.

For example, at one McDonald’s location, the cashier may automatically include soda with a kids’ meal, at another location you might need to ask, and the same goes for french fries, the study found. While all chains removed the items listed in their pledges from their online menus, many still listed soda on kids’ meal menus in the brick-and-mortar restaurants.

Still, the “health halo” of the healthy offering policies seems to resonate with parents. Nearly all parents surveyed in the latest Rudd study said they would purchase food for their children at that restaurant more frequently because of the healthy offerings. But Harris says while they may have health in mind when entering the restaurant, this doesn’t always lead to healthy choices.

“The marketing of the healthy options available is getting people in the door, but it’s unlikely they’ll take the effort to ask if [the restaurant has] something healthier,” says the study’s lead author, Dr. Jennifer L. Harris, the director of marketing initiatives at the Rudd Center.

Read More:  Why Amazon Could Have A Hard Time Getting Into Pharmacy - Forbes

Instead, Harris says, the best option for public health would be to automatically include the healthy options with the kids’ meals. “If fast-food restaurants start automatically giving patients healthy choices, that would be encouraging,” she says.

Hillary Caron, a senior policy associate at the Center for Science in the Public Interest, says that the Rudd Center’s study is particularly interesting because it demonstrates the power of defaults in consumer decision-making. That is, if the meal comes with fries unless you ask for apple slices instead, you’re likely to get fries.

Some government officials have already taken this message to heart. Just last week, California became to first state to pass a healthy-kids’-meal policy when Gov. Jerry Brown signed legislation that prohibits soda and other sugary drinks from being the designated beverages that come with kids’ meals. Similar bills have passed in cities like Louisville, Ky., and Baltimore and have been proposed in New York City and D.C.

Harris says that the findings of the latest Rudd study indicate a need for such public policies. Voluntary and mandatory policies could work hand in hand, though, according to Caron.

Still, Harris wants people to remember that even if the fast food offered at restaurants is billed as healthy, most fast-food meals still consist of chicken nuggets, burgers and fries.

Read More:  ‘Masks should be banned from classrooms as they mean deaf daughter can’t learn’

“It’s important to communicate that fast-food meals are not healthy options,” Harris says. “Replacing soda with milk or water doesn’t make the meal healthy,” she adds. “It’s a small step, but in the right direction.”

Rachel D. Cohen is an intern on NPR’s Science Desk.