This guest post is by Earle Holland, a member of our editorial team for the past four years.  For almost 35 years, he was the senior science and medical communications officer at Ohio State University. He is a fellow of the American Association for the Advancement of Science. 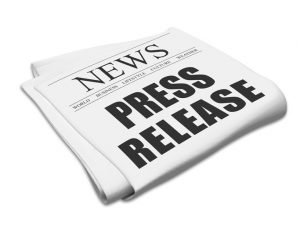 Earlier this week, HealthNewsReview publisher Gary Schwitzer wrote that the free news release review program he had offered was shutting down.  You could almost hear the disappointment in his explanation that barely more than a half-dozen institutions took advantage of this offer in the past 20 months it was available.

Reviewing news releases in addition to news stories was a possibility that Gary and I had discussed for some years and when funding became available in 2015, he jumped at adding the critiquing of these institutional offerings alongside the traditional journalistic stories.  Since a large proportion of health and medical stories originate as news releases, improving the quality of releases logically might improve the starting point for journalists reporting this research.

Gary had asked me to comment on the sad results of what we thought would be a boon to institutions reporting on their research progress.  I offered:

Surprisingly, many research institutions lack an actual policy on how news releases are written, who reviews them or what they need to include.  Without a formal policy outlining what releases require, institutions will continue to be embarrassed like the University of Maryland over their chocolate milk-concussion fiasco, or the University of Iowa over its claims that oregano can affect the cancer-wasting syndrome.

But in fairness, my calling for a “policy” might be a bridge too far.  Especially at public institutions, the establishment of actual policies requires action by the governing board of that institution, and policies on news releases rarely reach the attention of such controlling bodies.  But that needn’t stop communications professionals from doing their due diligence in insuring that their news releases serve the public.

During my tenure at Ohio State University, we faced the same kinds of pressures to amplify the importance of our research findings that medical institutions exert.  To combat that, my Research Communications unit adopted a set of “principles” that guided how we promoted research through news releases.   They required no action by the Board of Trustees, only an understanding and acceptance by the communications leadership, an attainable goal.

In the interest of transparency, and the hope that other institutions might adopt a thoughtful approach to their efforts at producing health and medical news releases, I offer a slightly abbreviated list of the guidelines I used:

Our strict adherence to these principles has been the fundamental foundation for our success in gaining national and international news coverage for Ohio State University research.

Admittedly, I do not know if my former institution has continued to follow these guidelines since my retirement.  I hope they have.  Regardless, these statements are a good blueprint for public information officers to consider when reporting on their research.  The public deserves the best we can offer, a fair and honest assessment of discoveries, unembellished by the desires of institutions to polish their image.

With the impending end of funding for HealthNewsReview and the end of its exceptional assessment of emerging health and medical news, someone needs to step up, embrace the challenge, and work on the public’s behalf.

They deserve no less.