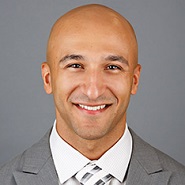 Would you believe that the world’s first network hack preceded the first computer network by 132 years? We all know that phone phreakers came before computer hackers. And even before that, there were surely some tricksters hijacking telegraph wires and radio signals, intercepting and sending fraudulent messages. But even before the electrical telegraph, there were a pair of brothers who managed to hack the world’s very first network for their own profit.

In a time when the fastest way to transmit a message was to put it on horseback and send it at an average speed of 5 mph, an international network was forming that was capable of transmitting a message from Venice to Paris to Amsterdam at the rate of over 300 mph! The “Napoleonic Semaphore,” as it was called, consisted of a series of towers with one person watching adjacent towers through a telescope and copying the signals for the next tower down the line to transmit. At a time when most information traveled extremely slowly, a network like this could give you a day or two advantage over military rivals — or even, perhaps, other stock traders in a city far away.

In 1837, each major city had its own stock market, but not all markets had equal sway. The market in Paris, for instance, set the pace for most other European markets. So if a person in Bordeaux knew what was happening in Paris in real time, he could predict what would happen in Bordeaux two days later.

Read More:  How to Stay Healthy on Long Road Trips

With this in mind, the Blanc brothers, who were traders in Bordeaux, bribed the Parisian tower staff to send a “mistaken character” followed by a backspace to inform them of a major market swing in Paris. This was the first ever network hack, and it earned the Blanc brothers quite a bit of money… until they were caught.

Although the Blanc brothers were captured, they never faced any legal consequences because of a problem that we still face today. The legal system at the time wasn’t prepared to handle a network hack, which was unprecedented and unrepresented in the law of the day.

Some things never change. Just like today, 19th century hackers were able to operate in legal gray areas, and legislators (and perhaps societies) were ill-equipped to keep up with technology. For the 200 years since the first network was built, the world’s legal systems have been playing a game of catch-up — and losing.

I wrote this article to make two points. First, cybercrime is not a new phenomenon that arose with the internet. Throughout history, every time someone created a new way to move information, it was quickly learned and exploited in unexpected, and sometimes harmful ways. Hacking is a human issue, not a computer issue.

Second, if we’re hoping the legal system will save us from hackers, we’re out of luck. Technologists, hackers, and cyber security professionals often find themselves operating in a wild west of sorts, where the laws of the day are not mature or are absent altogether.