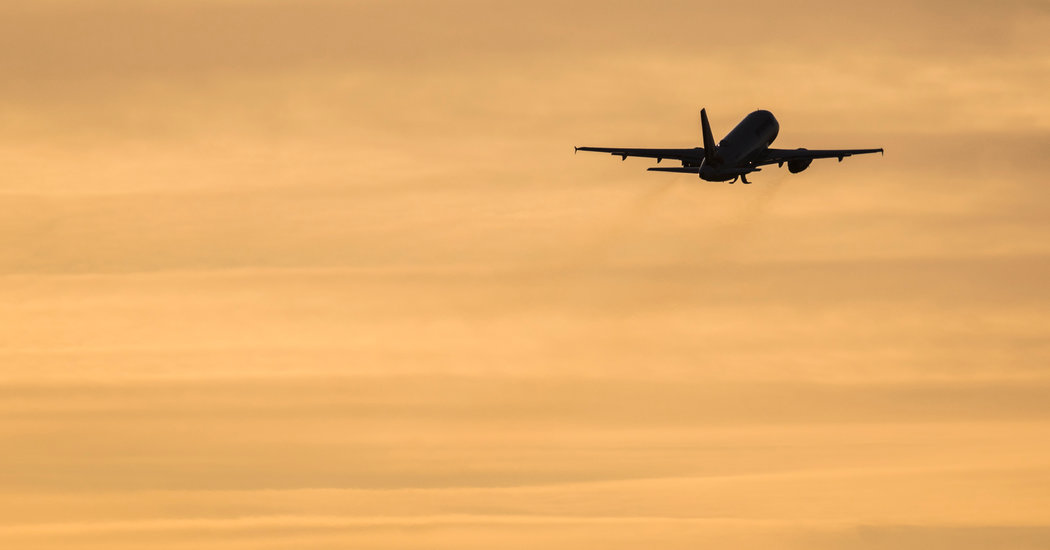 The flight was cruising over the Atlantic, bound for Tel Aviv, when Dr. Mikhail Varshavski heard the question over the intercom: “Is there a medical professional on board?”

A young man seated a few rows behind the doctor was suffering a life-threatening allergic reaction. Dr. Varshavski located a vial of epinephrine in the plane’s emergency medical kit, adjusted the dose, and then injected the passenger in the thigh.

“He screamed from the pain of the injection, but his throat right away started opening up,” Dr. Varshavski recalled.

Epinephrine, or adrenaline, is one of a handful of lifesaving drugs that are supposed to be “no-go” items for commercial passenger planes. According to federal regulations, flights are not supposed to take off without these medicines.

Citing chronic drug shortages, however, the Federal Aviation Administration has granted airlines exemptions that permit passenger planes to fly without a complete medical kit if the airlines say they cannot replenish the drugs. The exemptions apply to international as well as domestic flights.

Earlier exemptions were issued by the agency on an annual basis, and only for one or two of the drugs in the kit. But in January 2016, more than 50 airlines were granted four-year exemptions from the requirement to carry all five drugs in the medical kit.

The medicines include two doses of epinephrine, one to treat severe allergic reactions and one to treat cardiac arrest; atropine, which is used to treat a slow heart rate; dextrose, to raise dangerously low blood sugar in people with diabetes; and lidocaine, to treat irregular heart rhythms but rarely used these days.

There are no data on how many airplanes may be flying at a given time without the drugs. Representatives of airlines said they usually carry complete medical kits and rely on the exemption only during periods of temporary shortages.

“U.S. carriers adhere to all F.A.A. regulations, including carrying emergency medical kits on board the aircraft and providing flight crews with training for handling medical emergencies,” said Katherine Estep, a spokeswoman for Airlines for America, an industry group that secured exemptions for all of its members, including American Airlines, JetBlue, Southwest and United Airlines.

Last year, the F.A.A. threatened to fine Frontier Airlines $ 474,000 for allegedly flying 11 planes without epinephrine, atropine or both on nearly 800 trips in July 2017. Frontier subsequently sought and was granted an exemption. The airline declined to comment.

Senator Tammy Duckworth, Democrat of Illinois, whose office discovered the medical kit exemptions, called on the F.A.A. to reconsider the policy.

“No traveler should ever fear that an allergic reaction on a flight might go untreated because the airline was quietly granted an exemption from carrying lifesaving medications,” Ms. Duckworth said in a statement.

“We expect our planes to have safety equipment like seatbelts when we travel, and there’s no reason consumers shouldn’t have the same expectation for lifesaving drugs.”

It is the exemption for epinephrine that is most troubling to physicians. Food allergies are increasingly common. They affect adults as well as children, but are most severe in children.

A recent study by the Centers for Disease Control and Prevention reported that 6.4 percent of children under 18 have food allergies, an increase of more than 50 percent since 2007.

“To think you could fly without epinephrine is crazy,” said Dr. Sherif Badawy, a pediatrician at Lurie Children’s Hospital of Chicago who has published several studies on mid-flight medical emergencies.

For children, the most common in-flight medical emergencies involve allergic reactions or respiratory problems. “You need epinephrine for both of them,” Dr. Badawy said.

Some experts argue that in-flight medical emergencies requiring such drugs are rare, though others criticize the data as incomplete. One study calculated that one in-flight emergency occurs every 604 flights, and that there are 260 to 1,420 in-flight medical events daily worldwide.

The most common medical problems reported on planes are fainting and near-fainting, and gastrointestinal problems, which generally do not require any medication, the study found.

Still, with the exception of lidocaine, “those four drugs sound really important to me,” said Dr. Sandra Schneider, associate executive director for clinical affairs at the American College of Emergency Physicians.

Epinephrine is a “really critical” medication, Dr. Schneider said, since some people may experience their first allergic reaction on board an airplane. (Some experts believe epinephrine auto-injectors should be required on airplanes, too, so lay people can use them when no medical professional is on board during an emergency.)

Dr. Todd A. Mahr, president of American College of Allergy, Asthma and Immunology, said that even when a drug like epinephrine is in short supply, “you can usually scour around and find it.”

“Anaphylaxis kills people,” he added. “People have anaphylactic reactions on airplanes — they’re not always prepared for it.”

The demand for these exemptions results from a chronic problem plaguing the health care system: persistent shortages of basic drugs. The shortages persist despite widespread publicity, public hearings and attempts by government task forces to address the problem.

F.A.A. officials said passengers ought to be aware of the exemptions, since the request process is public and all decisions are posted on the Federal Docket Management System.

Had the F.A.A. not granted the exemptions, suppliers of medical kits “would be exacerbating the nationwide shortage by procuring drugs that are not likely to be used, which diverts usable lifesaving drugs” from ambulances, emergency medical workers and hospitals, an agency statement said.

A spokesman for JetBlue said the airline carries an F.A.A.-compliant emergency medical kit onboard every aircraft, but added: “While we work to include all medications in every kit, sometimes they are not available to us and so we always recommend our customers bring any medication they may need with them onboard.”

Ross Feinstein, a spokesman for American Airlines, said in an email, “We are in compliance with F.A.A. regulations, but have exemptions when we are unable to obtain these drugs due to market availability.”

A spokesman for Southwest, Brian Parrish, said the airline “does not currently utilize any exemption for our emergency medical kits.” The airline’s kits contain the full complement of materials required by the F.A.A., he said.