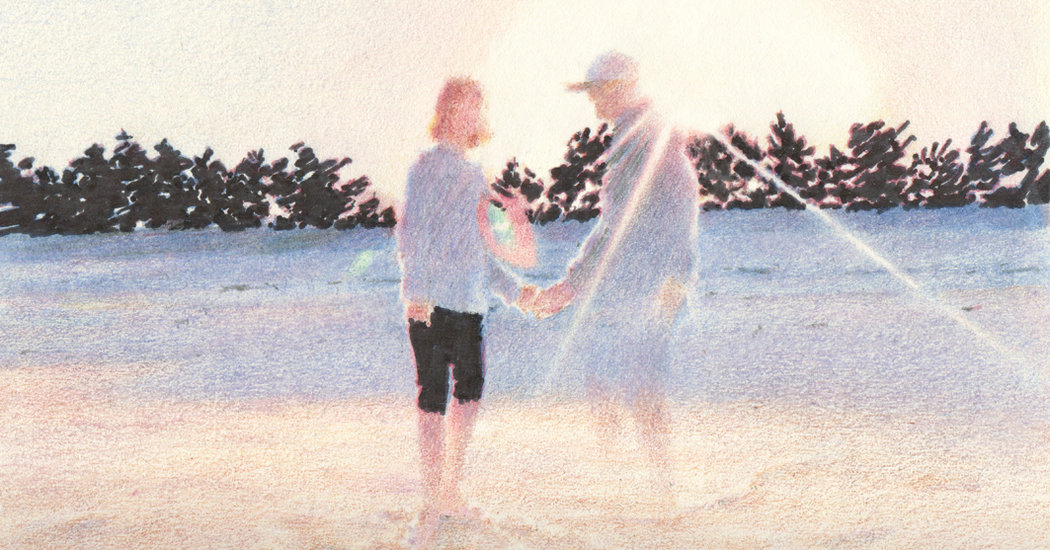 Depression is not cancer. It’s a completely different disease. Yet when I look back on my husband’s depression and death by suicide three years ago, it sure looks a lot like cancer to me.

As an adolescent medicine physician in Los Angeles, I have cared for many patients with depression and mental illness, and as a pediatric resident in training, I also cared for many children with cancer. But the difference in how people view these illnesses is astounding.

Before we met, my husband’s first marriage had ended, and his ex-wife told him that he did not deserve love. Primed by genetics and an abusive childhood, he was convinced he would always be alone. He attempted suicide with an overdose of pills.

When he unexpectedly woke up in the morning, he drove to U.C.L.A. and was checked into the psychiatric unit. He was treated, started on medication and improved. Six months later we met, and soon felt that we were soul mates. He realized he did deserve love. We never took the suicide attempt lightly and always had professional support and treatment.

We were married for nearly 20 years. We had two children, purchased a home and negotiated our marriage as best we could. We communicated well, and had the support of a couples’ therapist.

It seemed his horrible disease was cured — until it wasn’t. He wasn’t cured; as with some cancers, his disease was simply in remission. And while his first suicide attempt was about the fear of never finding love, his second fear, equally unwarranted, was that he was a complete failure as a provider.

Read More:  Where to move if you have allergies

My husband’s father was not trained in any skill or profession. He was laid off in his 50s, and never worked again. When he died in his 60s, he left behind a financial mess.

He had always told my husband not to make the same mistakes, so my husband became both an electrical engineer and a lawyer. If one didn’t work out, he always had a fall back.

Even as two professionals, the challenges in our marriage mostly centered on money. We had the typical spending differences, but we worked through the issues well, learned to compromise and were able to save for retirement. We were not in danger financially, yet my husband still worried it was not enough.

During his final two years, his anxiety about work increased. He slept more than usual and lost weight. He also lost his spark and joy. We saw our couples’ therapist more often, and she helped us navigate our issues and helped us better understand how to manage his disease. I cut expenses to help alleviate his worry.

The weekend before he died, he couldn’t get out of bed. I asked if I needed to take him to the hospital, and he said no. On Saturday I called his psychiatrist, who spoke with him and made an appointment for Tuesday. He died on Monday. I found out afterward that one of the last things he told his psychiatrist was that he felt his intellect was going, and that he was a failure, just like his dad.

When I compare photos from our son’s bar mitzvah in 2012 and our daughter’s bat mitzvah in 2015, I can see the change in my husband’s eyes and in his thin frame. His face lacked color, his smile was forced, and he didn’t look as if he were all there; he looked like someone dying. That was nearly a year before his suicide. My rabbi said that my husband, like a dying cancer patient, had been in hospice care. We just didn’t realize it.

Read More:  When does depression occur

[Read more: What to Say (and Not Say) to Someone Grieving a Suicide]

When he died, my husband was still in treatment, as he had been for 20 years. After his first suicide attempt, he successfully went through intensive treatment of his disease — comparable to the radiation and chemotherapy phase of cancer treatment — and his disease went into remission. He did everything a cancer patient would have done to prevent a recurrence: He faithfully checked for the earliest signs of the disease returning, and minimized his risk factors. His psychiatrist adjusted his medications as needed and provided excellent medical care, support and counseling. But in the end, everything my husband was doing somehow couldn’t help anymore. He was still on the medication that had worked for so many years, but now it was failing.

Just as cancer may go into remission but still kill in the end, depression is a chronic disease that may ultimately prove fatal even with state-of-the-art care and resources. Not all cancers can be cured. Nor can all depressions. With the strong foundation of our love and his excellent care, my husband had almost 20 years of remission before succumbing to his disease.

I know that depression is not cancer, but both diseases can be insidious. With cancer we see uncontrolled cellular division and the spread of cancer cells throughout the body, and in depression we see the workings of neurotransmitters and how molecules affect mood. Researchers believe each is the result of genetic and environmental factors, and with my husband’s family background of mental illness and an abusive childhood, it’s not hard to see why he was sick.

Suicide is how my husband died, but depression was what killed him. His suicide was not a rational, intentional act, but a complication and fatal outcome of a very complex and difficult disease. Just as cancer invades the body, depression invades the psyche. And just as the surviving family members of patients with incurable cancers know that they were powerless to stop the progression of the disease, so are the survivors of a person with depression who dies by suicide.

I so miss my husband. He was a beautiful, brilliant, sensitive and gentle soul, but the disease made life too much for him. Depression causes many people, like my husband, to seek to leave this world so they can finally end their pain. Just as we keep working to find cures for deadly cancers, we need to find ways to help people overcome the depression that cuts short too many lives.

If you are having thoughts of suicide, call the National Suicide Prevention Lifeline at 1-800-273-8255 (TALK). You can find a list of additional resources at SpeakingOfSuicide.com/resources.