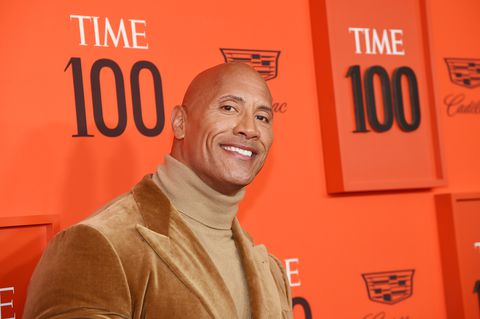 Fast & Furious spin-off Hobbs & Shaw doesn’t come out for another two months, but star Dwayne “The Rock” Johnson is already teasing fans with details from the movie. In an Instagram post this weekend, he shared an on-set video from the film’s shoot in Samoa, and revealed how this new instalment in the franchise will be taking the action to a whole other level — to the point where some of the footage filmed was so violent, censors refused to allow it in the cinematic release.

The original script for the movie included a scene where Johnson bites a man’s eye out of his skull and spits it out, but the actor says it was just too graphic for the Motion Picture Association of America, who wouldn’t let them keep it. While a rating hasn’t been confirmed for the movie, such a gruesome scene would take Hobbs & Shaw well above the PG-13 category that the rest of the Fast & Furious franchise sits in, and so that specific moment was edited out of the extended fight scene.

“A lil’ behind the scenes taste of the HOBBS & SHAW savagery that takes place in SAMOA,” Johnson wrote in the caption for the post. “This bludgeoning will be in the film, but unfortunately the scene where I bite the bad guy’s eye out and spit it on the dirt didn’t make it. MPAA ratings board forbid us to show it because it was too violent. True story. Plus, anytime you see a Samoan in a fight wearing their Lava Lava (traditional fabric I’m wearing around my waist) you know the other person is getting fucked up.”

Read More:  'I knew I was dying': Survivor shares her eating disorder experience

Johnson also included a shout-out to Ross Kohnstam, the stuntman in the video, who “commits with no pads, takes my spine buster and smacks his head on the earth like a fucking champ.” Presumably this is the guy whose loses an eye in the edited scene… here’s hoping the extended sequence makes it into the Blu-Ray.