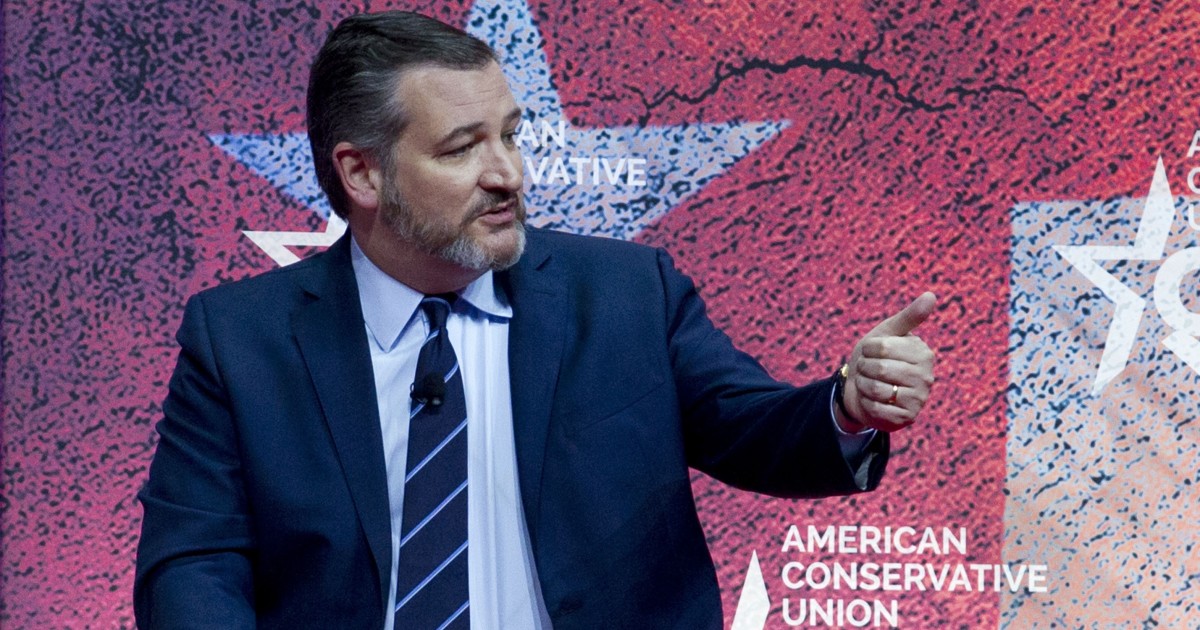 Sen. Ted Cruz, R-Texas, accused Democrats of going “bat-crap crazy” during a speech to a gathering of conservative activists on Friday in which he assailed the other party for its views on abortion, border security, and the environment.

“I think there is a technical description for what’s going on, which is that Democrats have gone batcrap crazy,” Cruz told National Review editor Rich Lowry at the Conservative Political Action Conference in Oxon Hill, Md.

Cruz focused specifically on Democrats of “embracing” late-term abortion, pointing to a bill that would have removed restrictions on late-term abortions introduced earlier this year in the Virginia state legislature that never made it out of committee.

Tying in former President Bill Clinton, who he said once advocated for “safe, legal, and rare” abortion,” Cruz argued, “That is no longer the position of the Democratic Party. They are now for late-term abortion up until the moment of birth, or if you’re Ralph Northam, after birth. I mean, that’s crazy stuff.”

In an interview in late January, Democratic Virginia Gov. Ralph Northam provoked conservative ire when he defended the bill, speaking about a hypothetical case in which the fetus was deformed or “nonviable.” “The infant would be kept comfortable. The infant would be resuscitated if that’s what the mother and the family desired, and then a discussion would ensue between the physicians and the mother. So I think this was really blown out of proportion,” he said.

Northam later shot back at his critics, blaming “misinformation” about the legislation and his comments, which he said were “mischaracterized.”

Also compounding the conservative uproar in January, Democratic New York Gov. Andrew Cuomo signed legislation that made it lawful for women to receive abortions after 24 weeks when “there is an absence of fetal viability, or at any time when necessary to protect a patient’s life or health.”

During his remarks at CPAC, where President Trump is expected to speak on Saturday, Cruz also touched on border security and the ongoing debate over the need for a wall along the U.S.-Mexico border.

The senator said there has been a change among Democrats. While they were once in favor of border security coupled with “amnesty,” Cruz accused Democrats of no longer being interested in securing the border while still supporting amnesty.

When pressed on why Republicans didn’t tackle building a border wall while there was a Republican majority in both chambers of Congress, Cruz said he urged colleagues during the summer to use budget reconciliation to avoid a filibuster from Democrats and build a border wall. He guessed that if Republicans had taken such a route, the GOP wouldn’t have lost their majority in the House.

Cruz quipped about cows as he took aim at the rising star in the left-wing of the Democratic Party, Rep. Alexandria Ocasio-Cortez of New York, and her Green New Deal, which calls for achieving net-zero greenhouse gas emissions, along with guarantees for jobs, higher education, and high-quality healthcare to all.

“By the way, I support cows,” Cruz said. “I hope to see PETA supporting the Republican Party, now that the Democrats want to kill all the cows.”

Read More:  Savannah opens up about her experience on the ketogenic diet

A fact sheet about the plan was posted to Ocasio-Cortez’s congressional website that advocated modifying agriculture to eliminate cows. Although the idea, which has been ridiculed by conservatives, was removed from the site, Ocasio-Cortez said in a recent interview that the basic idea behind it remains in place.

“Maybe we shouldn’t be eating a hamburger for breakfast, lunch, and dinner. Like, let’s keep it real,” she said during an appearance on “Desus & Mero.”