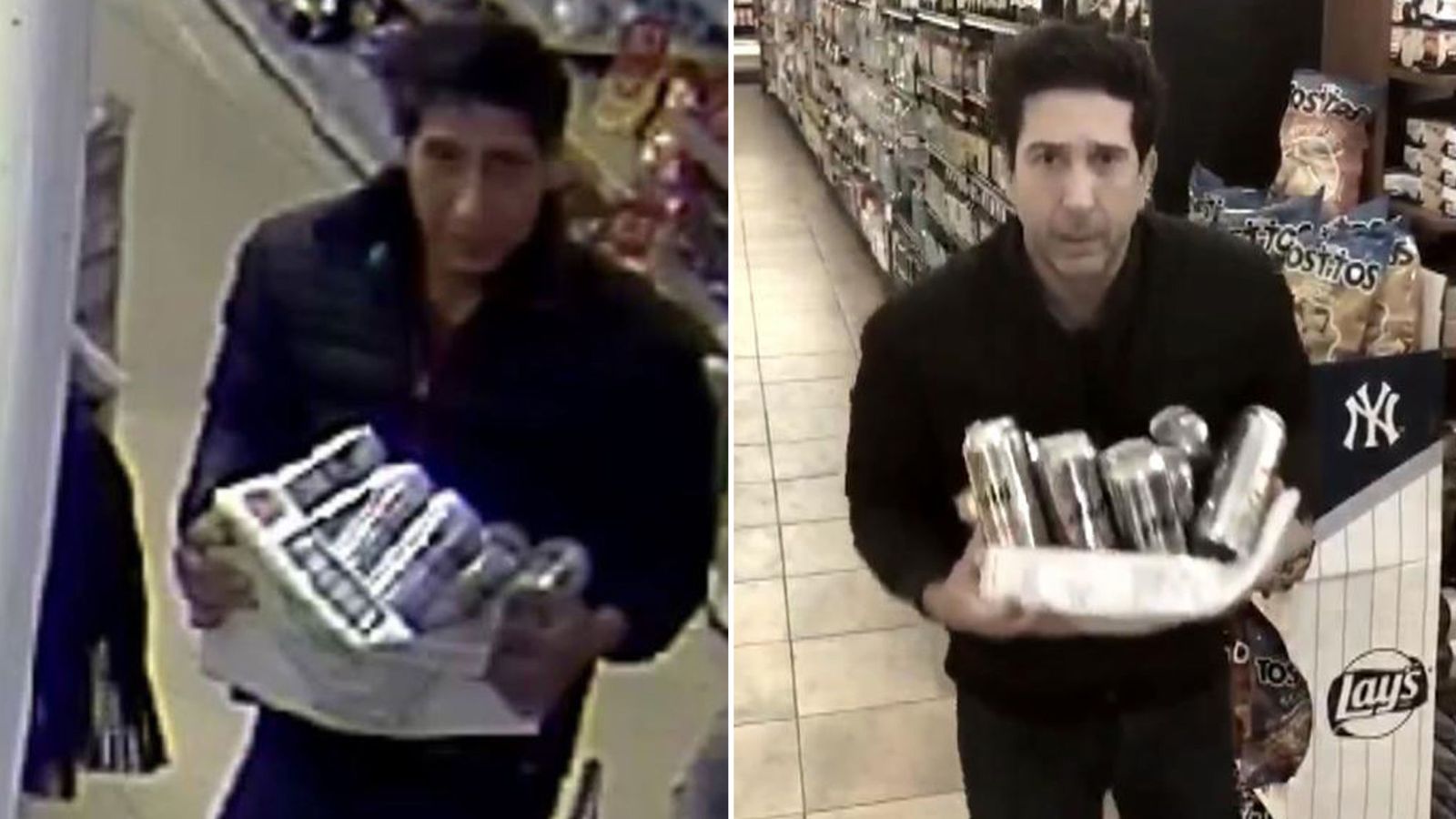 Friends actor David Schwimmer has posted a video “proving” he was not behind an alleged theft carried out by a lookalike in Blackpool.

The footage shows him leaving a shop carrying a crate of cans, in an exact copy of the alleged theft.

He wrote on Twitter: “Officers, I swear it wasn’t me. As you can see, I was in New York. To the hardworking Blackpool Police, good luck with the investigation.”

Lancashire Constabulary continued the banter, replying with a tweet saying: “Thanks for being there for us,” a reference to the long-running sitcom’s theme tune.

Police posted a picture of the suspected thief, who bears a striking similarity to the actor, on Facebook asking the public for help identifying him.

The suspect was pictured leaving a restaurant in the town carrying what appeared to be a crate of cans after the alleged theft on 20 September.

Police were subsequently swamped with replies from people saying he looked like Ross Geller, the character Schwimmer played in Friends.

Their post was shared more than 40,000 times – and has attracted tens of thousands of likes from fans of the long-running US sitcom.

David Schwimmer has officially won the internet! Love him so much for this. And just shows the power of sharing on social media.
??? https://t.co/KGtAAU0z6X

@nattybstokie agreed, tweeting that “David Schwimmer has officially won the internet! Love him so much for this.”

But @jocelynaspa was a little less kind, calling it the “best thing” Schwimmer has ever done.

In response to the original Facebook post, one user, referencing the Friends theme song, wrote: “I don’t think it’s been this guy’s day, his week, his month or even his year…..”

:: Anyone with information on the alleged crime can contact 7798@lancashire.pnn.police.uk.