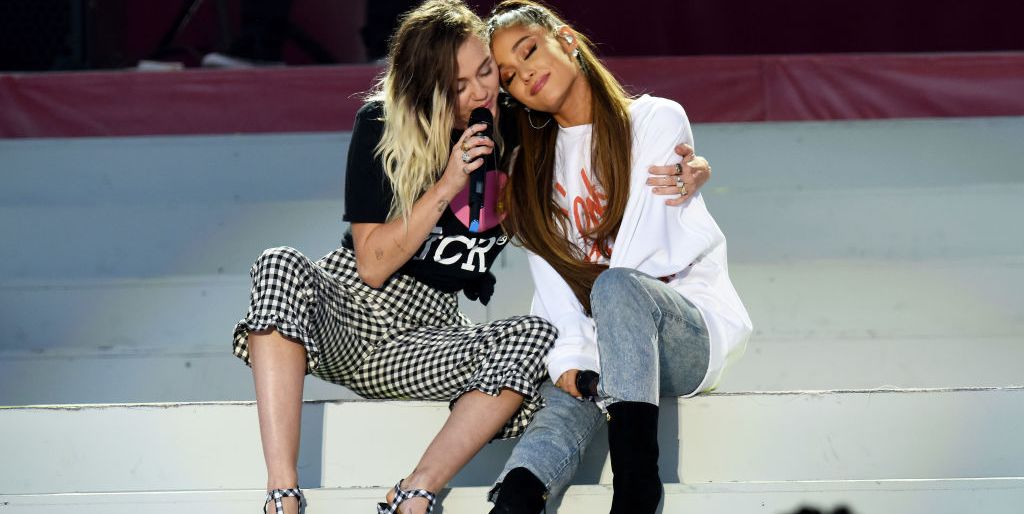 Miley Cyrus, whose rendition of “Santa Baby” you absolutely need to listen to, is full of surprises. Not only did she bully Hailey Baldwin when they were growing up (who knew??) but she’s also friends with Ariana Grande.

Miley went on the Sten Show earlier this month and talked about her relationship with Ari, saying “I would say she’s a good friend…It’s not about how many hours spent or how many inside jokes you have, but it’s about the real shit.” And it looks like their friendship extends to supporting one another during tough times—Miley also shared that she reached out to Ariana after her breakup with Pete Davidson.

So what did she text Ari? “I’m an emoji person, so I just sent a bunch of hearts and the little cat with the heart eyes,” Miley said. “I thought it was slightly, maybe even kind of making her feel good, like maybe I was hitting on her a little bit. Pussy hearts!”

And what those emojis meant to Miley was, “It felt like to me maybe like a little, ‘Oh hey, someone loves you. I’m here. If it’s not working, here I am.’” Ariana also replied to Miley with a cloud emoji, which Miley took to mean “‘I’m okay, and I’m here…Thank you for thinking of me.’ That’s what I think it meant.”

While I don’t know that I’m fully convinced that emojis can portray that much, I am very much here for this Miley/Ariana friendship. Can you guys please invite me to your next hang?