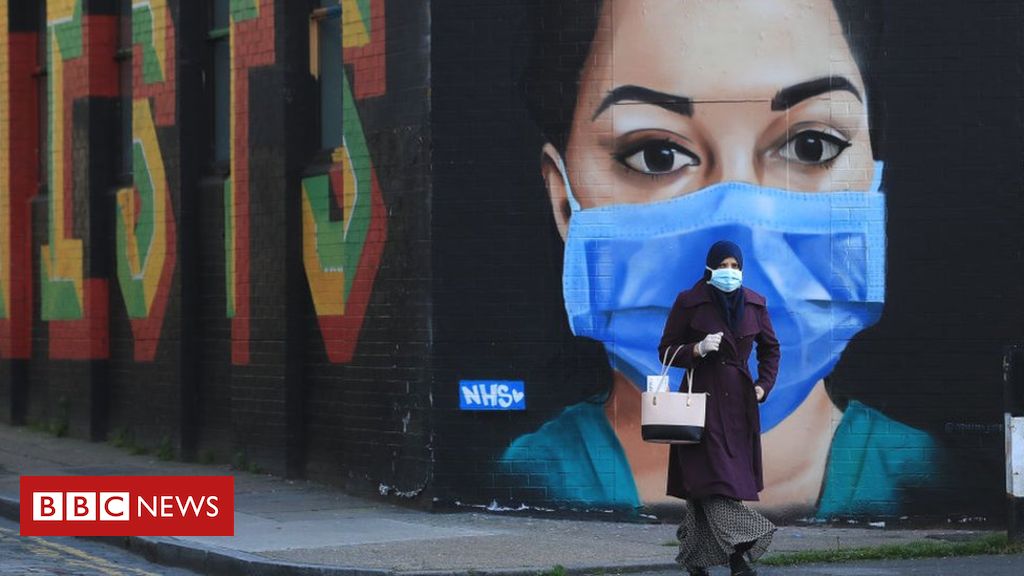 Factors such as racism and social inequality may have contributed to increased risks of black, Asian and minority communities catching and dying from Covid-19, a leaked report says.

Historic racism may mean that people are less likely to seek care or to demand better personal protective equipment, it says.

Other possible factors include risks linked to occupation, it said.

And inequalities in conditions such as diabetes may increase disease severity.

The report, the second by PHE on the subject, pointed to racism and discrimination as a root cause affecting health and the risk of both exposure to the virus and becoming seriously ill.

And it found “historic racism and poorer experiences of healthcare or at work” meant individuals in BAME groups were less likely to seek care when needed or to speak up when they had concerns about personal protective equipment or risk.

The report concluded: “The unequal impact of Covid-19 on BAME communities may be explained by a number of factors ranging from social and economic inequalities, racism, discrimination and stigma, occupational risk, inequalities in the prevalence of conditions that increase the severity of disease including obesity, diabetes, hypertension and asthma.”

The draft report from Public Health England says questions remain on the role of diet and vitamin D and makes clear no work has been done to review this evidence yet.

A recent review confirmed the risk of death from Covid-19 higher for ethnic minorities. PHE found that people of Bangladeshi heritage were dying at twice the rate of white Britons, while other black, Asian and minority ethnic groups had between 10% and 50% higher risk of death.

For weeks and weeks people from ethnic minority communities have been wanting to know how they can better protect themselves from coronavirus.

Since the start of the pandemic there had been growing evidence that they were being hit harder by the disease – and this was confirmed by the government’s review into Covid-19 risk factors released last week.

Yet it was only after being approached by the BBC that the existence of this second report – previously unseen and still unpublished – was formally acknowledged by the government.

The draft document is clearly a work in progress and some of the issues raised, such as concerns about deep-rooted racism and discrimination in society, cannot be tackled overnight.

But against the backdrop of thousands of people protesting in the streets over what they see as social injustice, many will be wondering why it took so long for this report to come to light.

And as the threat of coronavirus continues, people from these communities will be hoping swift action is taken soon.

Read More:  Many at risk of flu this Christmas, experts say

On Thursday, a senior academic told the BBC that advice for the government on how to protect BAME communities from coronavirus had yet to be published.

Prof Raj Bhopal, a scientist who had been asked to peer-review the unpublished recommendations report, including contributions from 4,000 stakeholders, said Parliament had “not been told the full truth”.

Earlier on Saturday, the British Medical Association sent a letter to Health Secretary Matt Hancock, asking why pages with recommendations to safeguard BAME communities had been “omitted” from the first report.

In a letter, the head of the doctors’ union, Dr Chaand Nagpaul, CBE, called for the recommendations to be published immediately, to tackle “the disturbing reality that the virus is causing disproportionate serious illness and deaths in the BAME community”.

In a letter to Matt Hancock, he wrote: “A clear response is needed as to why these pages and important recommendations were omitted from publication, especially when it is so critical that action is taken to save lives now and reduce race inequalities.”

Speaking to the BBC, Dr Nagpaul said large numbers of BAME doctors feel let down. “What is critical is that we must avoid further deaths and further ill-health amongst our medical workforce,” he said.

Public Health England has said the recommendations will be published next week at the same time that the work is submitted to ministers.

Meanwhile, ethnic minority doctors in the NHS have said they feel “let down” by delays in work to ensure they are protected from coronavirus.

The BMA said many had not received promised risk assessments and redeployment opportunities.

Read More:  The Pandemic’s Big Mystery: How Deadly Is the Coronavirus?

Hospital trusts and other health service bodies have been asked to prioritise risk assessments for BAME staff and other vulnerable groups. But BBC research has found that hundreds of doctors still have not had a risk assessment.