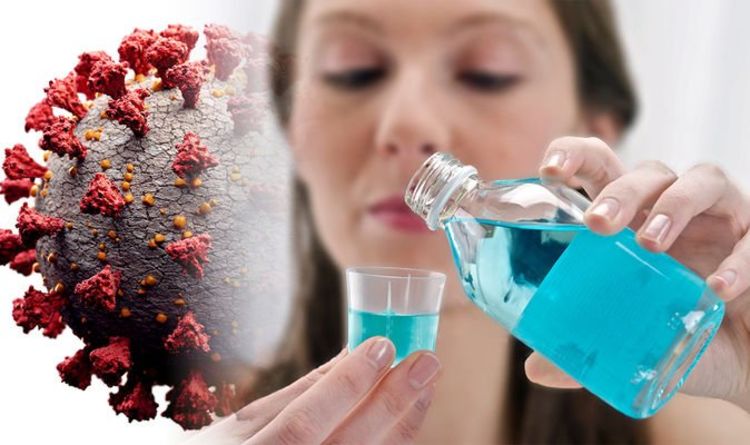 Coronavirus is covered by a fatty layer that is vulnerable to certain chemicals. Now scientists want to explore whether mouthwash could break down the virus’s outer layer.

A research team led by Cardiff University have stated oral rinses are an “under-researched area of major clinical need”.

The team have based their investigation on the premise that “enveloped viruses”, such as coronavirus, are “sensitive to agents that disrupt lipid bio-membranes”

As the global pandemic is still very much affecting every part of society, Professor O’Donnell recognises how important it is to get this research underway.

He commented: “Our review of the literature suggests that research is needed as a matter of urgency to determine its potential for use against this new virus.

“This is an under-researched area of major clinical need – and we hope that research projects will be quickly mobilised to further evaluate this.”

The theory follows that if the envelope is destroyed, the virus would be unable to bind to the host’s receptor sites.

This could potentially stop people becoming infected with the virus.

The researchers believe the effectiveness of mouthwash on SARS-CoV-2 “deserves clinical evaluation”.

However, the World Health Organisation (WHO) previously debunked the suggestion that mouthwash could prevent infection from SARS-CoV-2.

The WHO said: “Some brands of mouthwash can eliminate certain microbes for a few minutes in the saliva in your mouth.

“However, this does not mean they protect you from 2019-nCoV infection.”

With the theory yet to be tested, trialled and repeated, mouthwash is not to be used foolishly.

Major mouthwash brand, Listerine, reported: “Listerine mouthwash is not intended to be used, nor would it be beneficial as a hand sanitiser or surface disinfectant.”

And the WHO stressed: “Methanol, ethanol, and bleach are sometimes used in cleaning products to kill the virus on surfaces – however you should never drink them.

“They will not kill the virus in your body and they will harm your internal organs.”