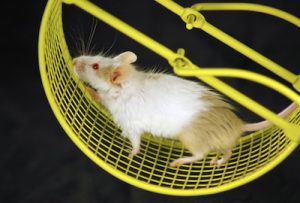 It took the Joslin Diabetes Center four paragraphs and three mentions of fathers – as in, “how a father’s exercise regimen would affect his offspring’s metabolic health” –  to finally mention that its research news release was about mouse fathers.

Ohio State Medical Center – home to the study’s co-author – led with this in its news release:

Men who want to have children in the near future should consider hitting the gym.

Way down at the bottom of the news release – 13 paragraphs and 422 words later, at the very end, is this researcher quote:

“There’s potential for this to translate to humans.”

Yes, potential.  And that’s about all it is at this point. While, meantime, the human father imagery implies much more than mouse research potential. EurekAlert! – which distributes many academic research news releases for a fee, compounded the error by publishing the Ohio State news release complete with a video of a human father who, according to the video script, “didn’t know that his active lifestyle may have given his children a head start on their health before they were born.”

In writing about the study, Psychology Today’s headline was “Soon-to-Be Dads Who Exercise May Have Healthier Kids.”  And while the story took only five words to mention mice, the next words made this leap of faith:

A new study on mice could provide some exercise-related motivation for wannabe fathers to get off the couch and start working out prior to conceiving a baby.

Really?  Would you really expect or want a wannabe father to jump off the couch in response to a mouse study?

Read More:  HOW A REMEDIAL MASSAGE CAN HELP YOU TO QUICKLY OVERCOME DISCOMFORT AFTER EXERCISE 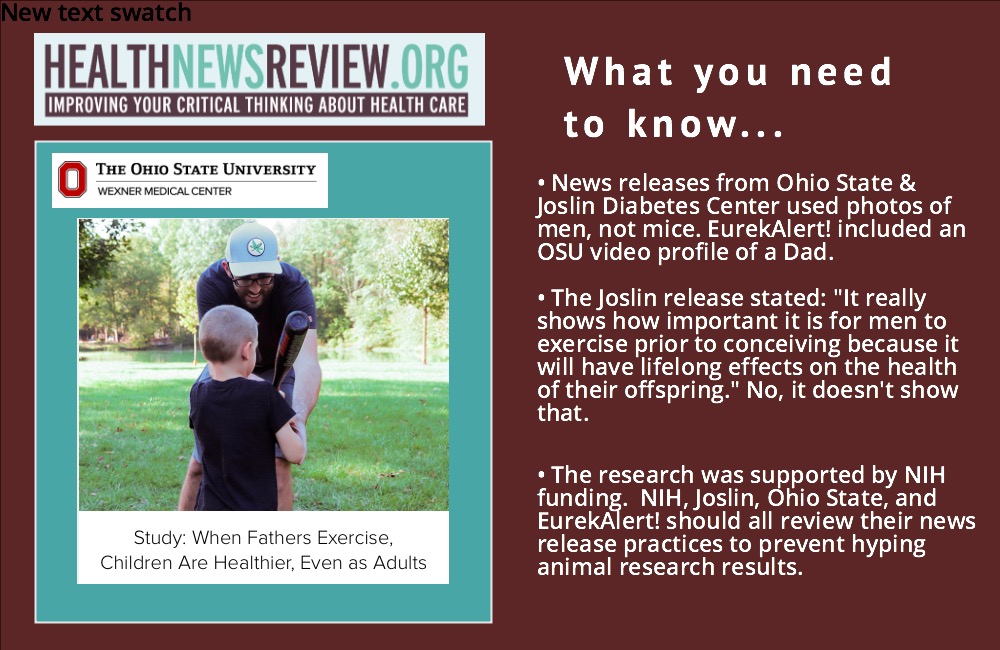 How could/should the study have been reported – if, that is, it was newsworthy at all at this point?  We point to how Science magazine put mice in the headline:

And in its second sentence:

Whether the results hold true for humans remains uncertain, but they support the notion that some of the benefits of exercise are somehow passed on to the next generation.

And ending with a quote from an independent reproductive biologist:

Lane cautions that researchers don’t know whether exercise provides the same benefits in people, so it may be too early for would-be fathers to start training for marathons.

Uncertain.  Too early.  Far less than proof that a human Dad has (or needs) a new reason to get off the couch and hit the gym.